This TL is the first of two Direct Current Bipolos provided to transport the power generated by hydroelectric power plant (HPP) Belo Monte for Southeast. With more than 2,000 km long, the TL intercepts 65 municipalities in four states: Pará, Tocantins, Goiás and Minas Gerais.

One of the electrode lines will be installed in the municipality of Anapu and other intercept the territories of Ibiraci and Clairvaux (MG), Franca, Altinópolis and Patrocinio Paulista (SP). 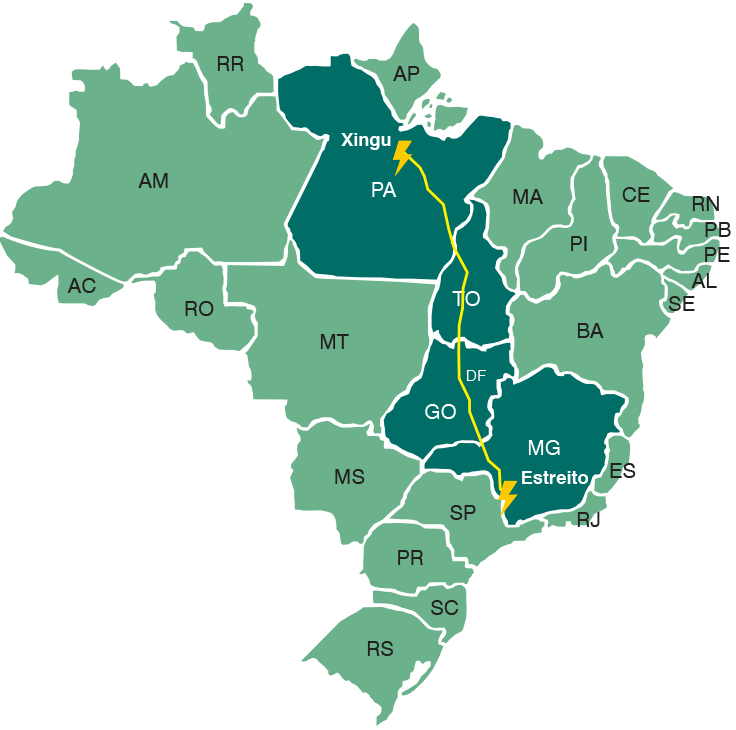